Protein Shakes: All Is Not What It Seems... 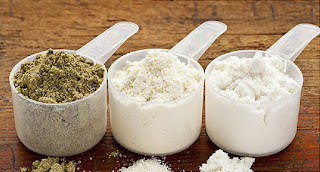 so before we get into anything and in regards to shakes themselves, shakes are a convenient way of getting nutrients into your body immediately after a workout

as it is a liquid format your body doesn't need to digest it. all your body will/can do is absorb the nutrients from the shake and whatever doesn't get used either gets flushed out your system or if not utilised properly can sit within your stomach. some people often say that shakes makes them put them on unwanted weight, but i say you have to train hard to warrant the benefits of a shake...same way you wouldn't put any more petrol in a car if you haven't even taken the car on an exhausting journey

i probably will lose a few followers from this post & people may think "he's talking absolute sh*t, but I believe that I speak the truth 99% of the time...only time i don't tell the truth is when i tell people I've left my house (when really i haven't lol), or when i tell people i'm 5mins away and i'm nowhere near lol

but yeah read on and i hope you enjoy

secondly - the fact that people see me in shape and then see me drink a shake, they will automatically link the 2 together. i'd now be in a position where they are now going to 100% believe anything I tell them about the shake, meaning that I can easily lie about a shake I've taken and people will see this as the golden truth

thirdly - i'd never really rant and rave about a shake and be like "omd this shake is amazing. it gave me amazing results. where would I be without this beloved shake. everyone should go buy it"...coz then that would surely undermine my own training & eating habits, and solely attribute results to a shake and a shake alone 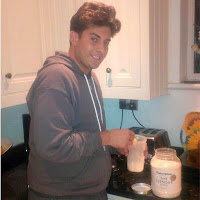 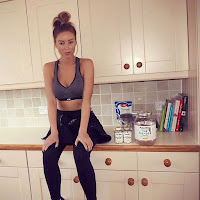 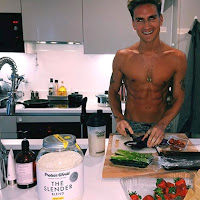 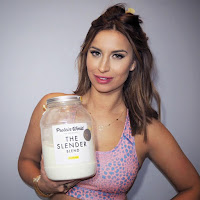 fifthly (part 2) - its not a coincidence that companies choose celebs to promote their products *think bubble*. and i cant even knock the celebs themselves as if hi-tech came to me with a 6 figure contract and told me to promote their shakes, best believe you will now see me promoting hi-tech as the best shake that I've ever drank in my entire 50 years of living...even though I'm 27years old. hi-tech water bottle, hi-tech socks, hi-tech salt, hi-tech strawberries...you name it I'll rep it proudly #hitech

if usain bolt promoted a puma shake that really was sh*t, people would still buy into it just because he is an athlete gawd and has sworn by it that it works 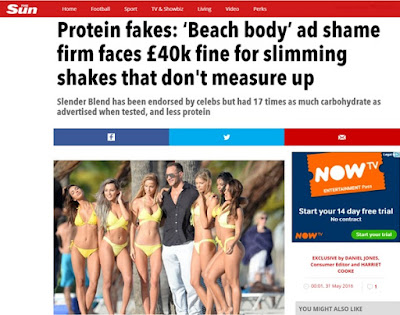 gonna sound very farfetched but personally I don't really think shakes "work"...for me its more so the discipline of adhering to a shake which ultimately allows the shake to work for you. sounds crazy init but its the same difference between vegans vs meat eaters, aesthetics vs athletics, guys who have 2 girlfriends who live under the same roof as them...everyone is "wrong" to each other but if you discipline yourself and allow something to work for you, then eventually it will

some people don't even take shakes yet have amazing physiques, now you tell me how shakes are the be all and end all of getting results?

i'm quite a pessimist with a lot things so whenever the topic of shakes come about I always think "10 different companies will denote the same thing about them being the best on the market and 100% quality...so what makes this (the proposed brand) any different". you don't even need to have studied business or advertising to know how easily led some companies are

in my personal experience of protein shakes, I've bought a £20 bog standard shake & I've taken a £55 high end shake...and to be honest the results were exactly the same

now the psychology of the mind presents itself here as if you've spent £20 on a shake you may not be driven to train as hard or sometimes you won't even bother/remember to take a shake after a workout. in contrast if you've spent £50+ on a shake you're going to make sure you get the best out of the shake by ensuring to consume every last droplet after each workout, making sure you give 110% in the gym to reap the benefits of the shake, and keeping a strict and disciplined nutrition in aid of your shakes etc

the market of sponsored fitness folks themselves is a perfect example of what i believe to be the same difference...

certain companies are savage in the sense that aslong as they see that you have a huge following, they will see that as an opportunity to make money from your followers. by promoting their products they'll pay you a fee, plus give your own discount code to earn comission from...happy days for the individual right? meanwhile they may never have even tasted the shake before but are quick to put a pic of their post-workout selfie with the shake in their hand #WhoYouKiddingMate

this is why i've always separated the supplement market from the general sports industry, as some olympic level athletes aren't even sponsored by industries the big boys i.e, nike, adidas, puma etc...whereas 1 new supplement company every month will be quick to take on anyone who has had their 5minutes of fame #ThoseSkinnyTeamCompanies

when trying to obtain results from the influence of supplements, why not try to fine tune your body with substantial solid foods first?. i mean how can your body possibly adopt protein in the form of liquid if it doesn't even know how to handle solid protein yet?

unlike the supplement industry, the food market doesn't revamp their foods monthly with "wild magic chicken" & "exotic wild broccoli" being promoted by endorsed celebs. chicken is chicken & broccoli is broccoli. the same food groups you were eating 2years ago are the same foods you will eat today, and will continue to eat in the future

imagine you dedicated your whole life based on the notion of a supplement company. now imagine the company goes bust...then what?

protein shakes are more so to do with trial and error, as you may have to explore a few different brands of shakes first before you eventually find a shake that "works" well for you...especially as some shakes respond to different bodies i.e some people get the runs, some people feel heavily bloated even if its a low carb shake, some people get crazy headaches

p.s i've really shot myself in the foot here as im sure any company who had thought about reaching out to me are now thinking "yeh, lets not even bother" lol. all im saying is just come correct thats all

until next time...thank you for reading