Stop Expecting You From Other People


i trust that you are keeping well and staying safe. very testing and unprecedented times we're currently experiencing but all we can do for now is adhere to government safety measures, check up on each other and do the best we can to keep ourselves busy whether it be exercise, working, picking up new hobbies etc

but yes, as the title of the blog reads...

"stop expecting you from other people" 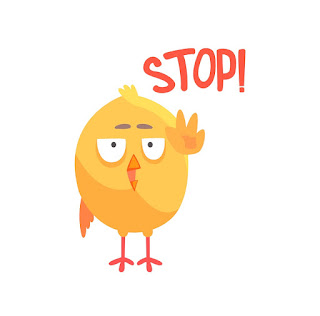 a lot of the time we waste energy trying to figure out people's 'why'...

why would they even do that because i wouldn’t?  (friends)

why are they always like this, can't they see that times have changed? (family)

why can't they see things they way i see things see things?  (i see debates on twitter that have people cussing each others mums and threatening each other, all because someone has a different opinion to you lol)

why is it so hard for them to just do what i’m asking them to do?   (his & her relationships)

and what i’ve come to realise in this life is to "stop expecting you from other people". life really does becomes alot more chilled this way

we tend to only see "flaws" as something that's limited to the bounds of a "his & her" type relationship, but "flaws" can easily be disguised as "indifferences" amongst us as friends, colleagues, family members etc...and guess what?
*drum roll*
these are what makes us different

the sad part is that we don't even attempt to see it as "it's normal for someone to be different to me". we assume that the epicentre of "normal" is us, and anyone who does not fit/conform into our definition of normal we consider them to be wrong

but who says they're wrong?

who says they're right?

is it because they don't think like you then ultimately that means that they're wrong?

but who said your right anyway?

like why a guy always flashes his money/lifestyle on social media which you don't particularly agree with it. but so what if he chooses to do that and that’s not something you’d do...stop expecting you from other people

why this particular person never offers to put petrol in your car, but if that was you then you would gladly offer each and every time. not to be funny but you can't get onto someone if they're not naturally inclined to do as you do...stop expecting you from other people

why doesn't my partner understand me. like i’ve explained it so clearly & i've even dumbed it down specifically for them, yet they still don't get it (my next post is going to be about men vs women, but yes without going too much into it...stop expecting you from other people)

why this girl is always half naked in all her pics and seems to be getting attention from all the sexy lads. you might not agree with it and sure you can disapprove but you don't have to have hate in your heart for her just because she acts different to you...stop expecting you from other people

why our parents (their generation) are so stuck with a mind-set that isn't going to change. but we can't get onto them for not being current like us as they probably won't ever see the world the way we see it...again stop expecting you from other people

this last one completely baffles me and is WRONG in every sense of the word (considering what is happening in the world right now), but why some people still persist on going to the park to have picnics, play football & link up with friends, even when theres literally hundreds of people dying. if death isn't enough to deter people from breaking the rules then woooww, but still...stop expecting you from other people

for me what i’ve slowly started to develop over the years (and what i'm still working on) is having the mind-set of “if it isn't going to affect MY immediate life, money or health then most things really are just a difference of opinions”. a bitter pill to swallow as at times we will swear by graveyards that we are right lol, but remember not everyone is going to agree with you, the same exact way you are not going to agree with everyone else

and don't be prideful in saying that “i’m better than them”, instead just see it as “i’m different to them”

did you know that even identical twins are different. yes they share the same genetics, yes they have the same parents living in the same house, yes they went to the same school and probably had the same set of friends...yet two completely different personalities/mind-sets can emerge


so if identical twins are different then why do we expect/demand that other people be like us?

Thank you for reading

and again do take care and be safe during these times. i pray for all those who may have lost someone due to this crisis that is currently gripping the world. it must be absolutely devastating not being able to physically console & grieve with each other during such a time, my condolences to you all

“blessed are those who mourn, for they will be comforted”
matthew 5: 4

“the LORD is close to the brokenhearted and saves those who are crushed in spirit”   psalms 34: 18